The TGWS transportation system ensures safe and secure commutation to its students and teachers from different parts of Vellore and nearby districts. TGWS owns a fleet of deluxe air-conditioned video coaches fitted with all safety norms. The School has a team of well-trained drivers & helpers, who ensure that students are dropped and picked safely.

TGWS fleet of buses covers the following areas in and around Vellore District:- 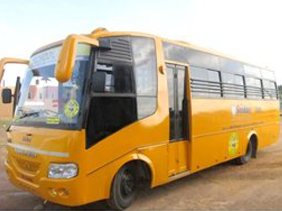 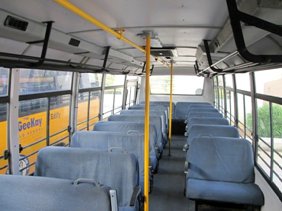 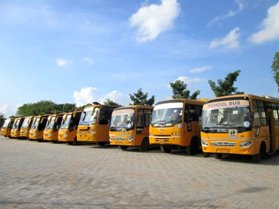 The school bus drivers and helpers undergo Safety Workshops every year under the guidance of the Transport Manager at school. Our drivers and the entire Transport department gain more knowledge on safety and precautions and Do’s and Dont’s involved.