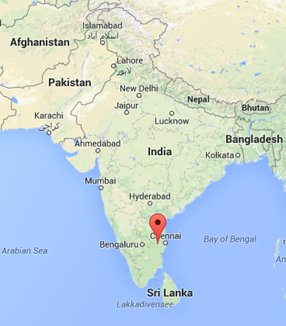 Located near the busiest transit in South India, Vellore (Ranipet), The GeeKay World School (TGWS) is a pleasant 30 minute drive from Vellore, from where it curves through lush green fields, shrubs and windbreaks before arriving on the city’s beautiful ambience.

Situated on the eastern end of Vellore city & on the northern bank of the Palar River, Ranipet is a growing industrial hub. The town is home to the Boiler Auxiliaries Plant of BHEL, SIPCOT, EID Parry and many such industries.